It's a legal question. Everytime you see a zombie you may ask yourself what is it thinking. Does it feel? Besides the infinite hunger and the urge to eat fresh human meat, there are some instincts they cannot tear them apart. That's why today we present you a huge list of new features and improvements we made for FallNation. Because there is a lot of zombies around this world that need to be showcased. Are you reday to meet your new friendly living deads?

We are working on new fresh spawn system that will allow units to feel more organic around the map. Now they spawn in different places taking into account the amount and context. Besides, we are building a system that will allow you to play the game with a adjustable amount of enemies. The spawn system will be on charge of managing the balance, so a lower end computers can handle the game smoother. Also this spawns are aimed to provide tension during the gameplay giving the player time to prepare the defenses and units. Therefore, the main idea is to face the biggest hordes of zombies possible, so we will increase this total amount of creatures in future releases. Be wary of zombies, you will fight againts bigger hordes sooner or later! 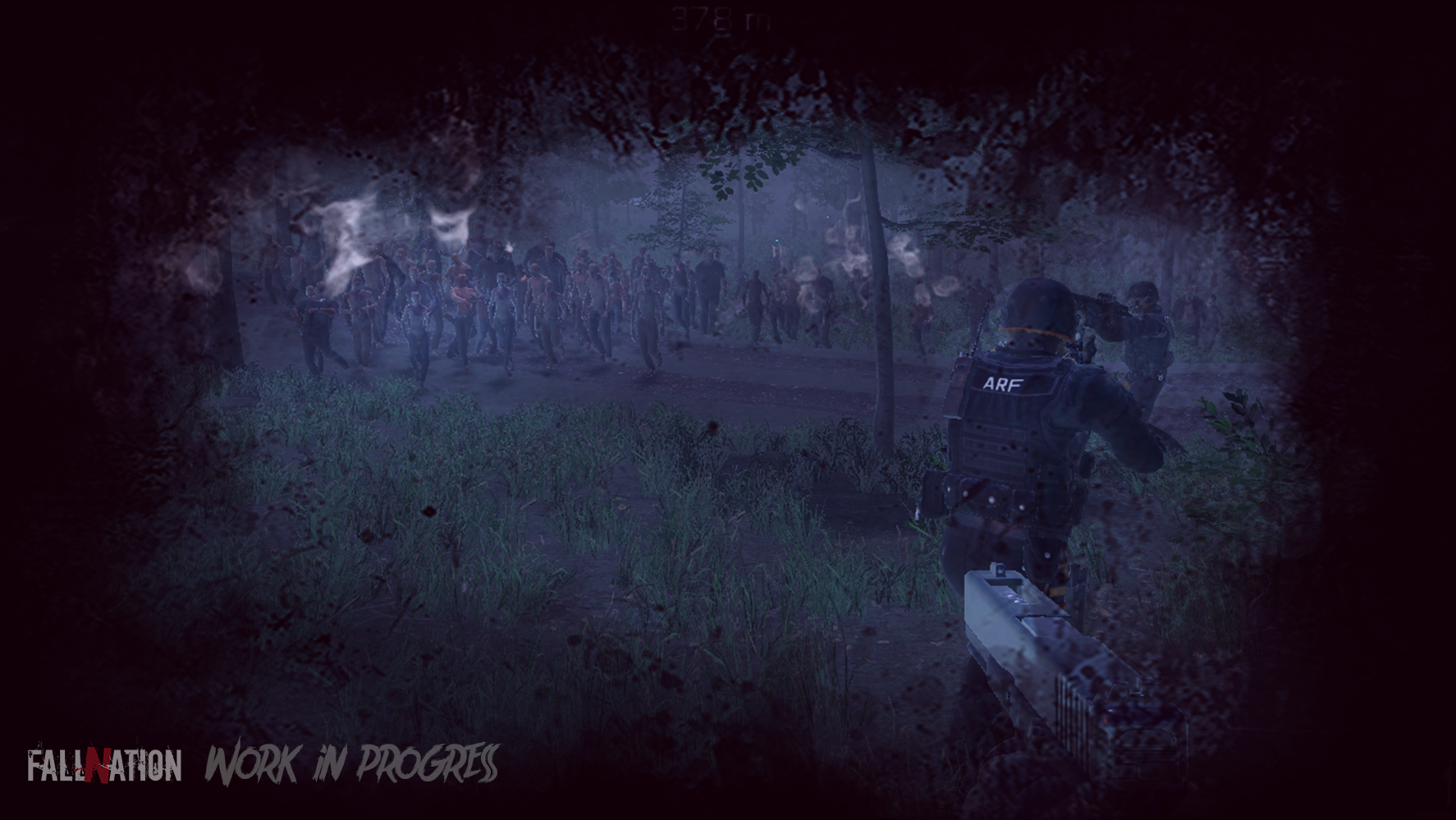 The point of fighting an enemy like zombies is that there isn't just one enemy. It's a huge quantity of diferent dead bodies rushing over you. To do this, we have added 5 new base meshes to provide a wider variety of standar zombies. Now the sensation of variety will feel better and we will keep adding more creatures in future releases. Unfortunately, at the moment we have turned the "dismember" feature  off, because we don't like the way it feels, but we are working on it to bring it back as soon as possible.

Can a zombie explode? Well... it depends on the things it eats. Eating too much isn't a big deal unless plastic explossives are what it eats! Be careful with this new zombie full of hunger. It is unstable and if it gets too angry it may explode. You must take care of it before it gets too close! Also you may take into the advantage that it will also explode when is killed (Full of tasty plastic explosives). Regarding the visuals, well we know that they need a huge improvement and we eventually work on it, and we will improve (both  the model and the animations) in future versions! 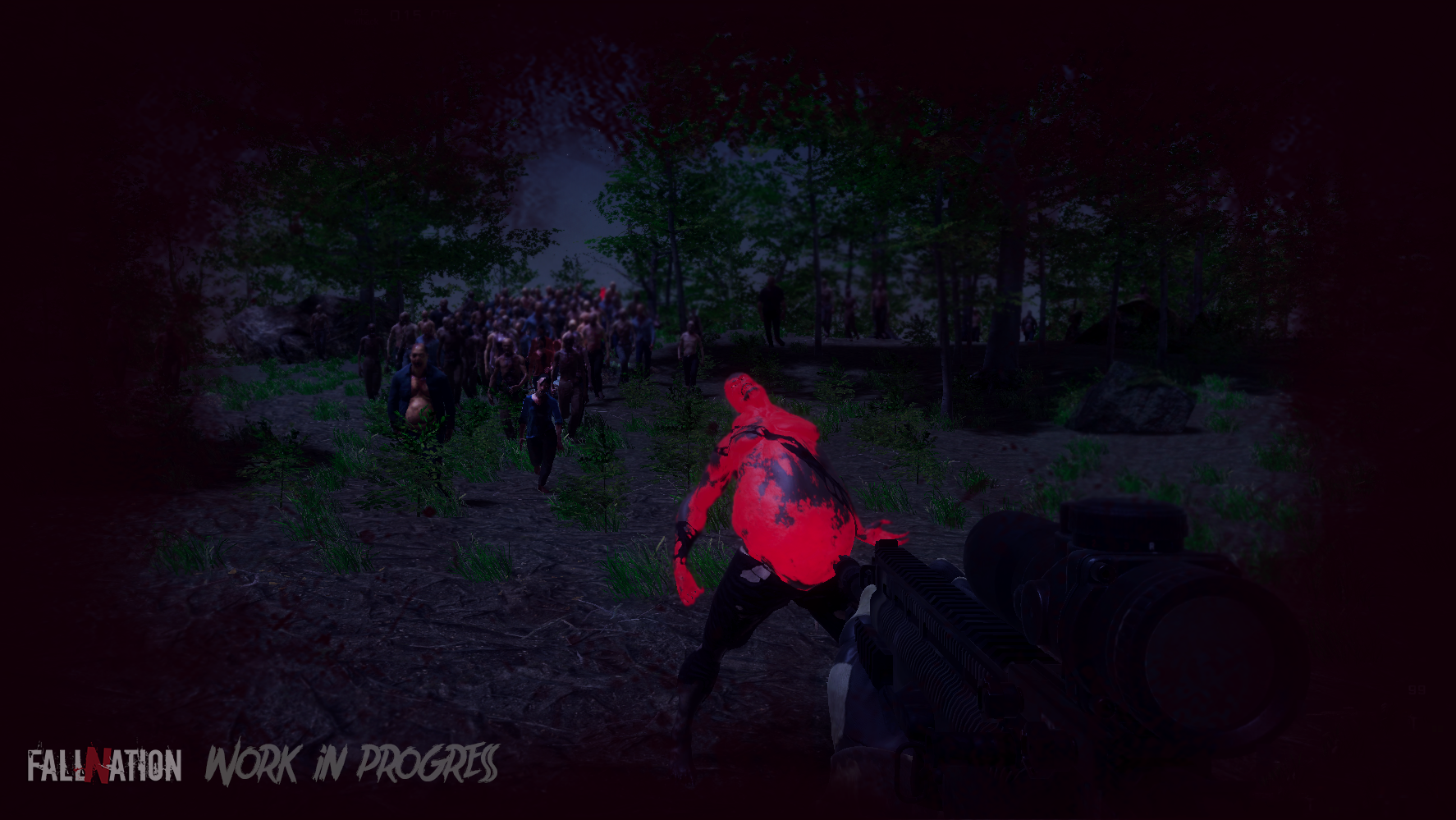 The dogs are the human best friend... but what about undead hounds?

Have you ever seen the Peter Jackson film "Braindead" ... well if you do, you know that dogs aren't always the "human best friends". You will need to keep and eye on the undead hounds unless they will rush over your defenses and wipe out your soldiers in a blink of an eye! 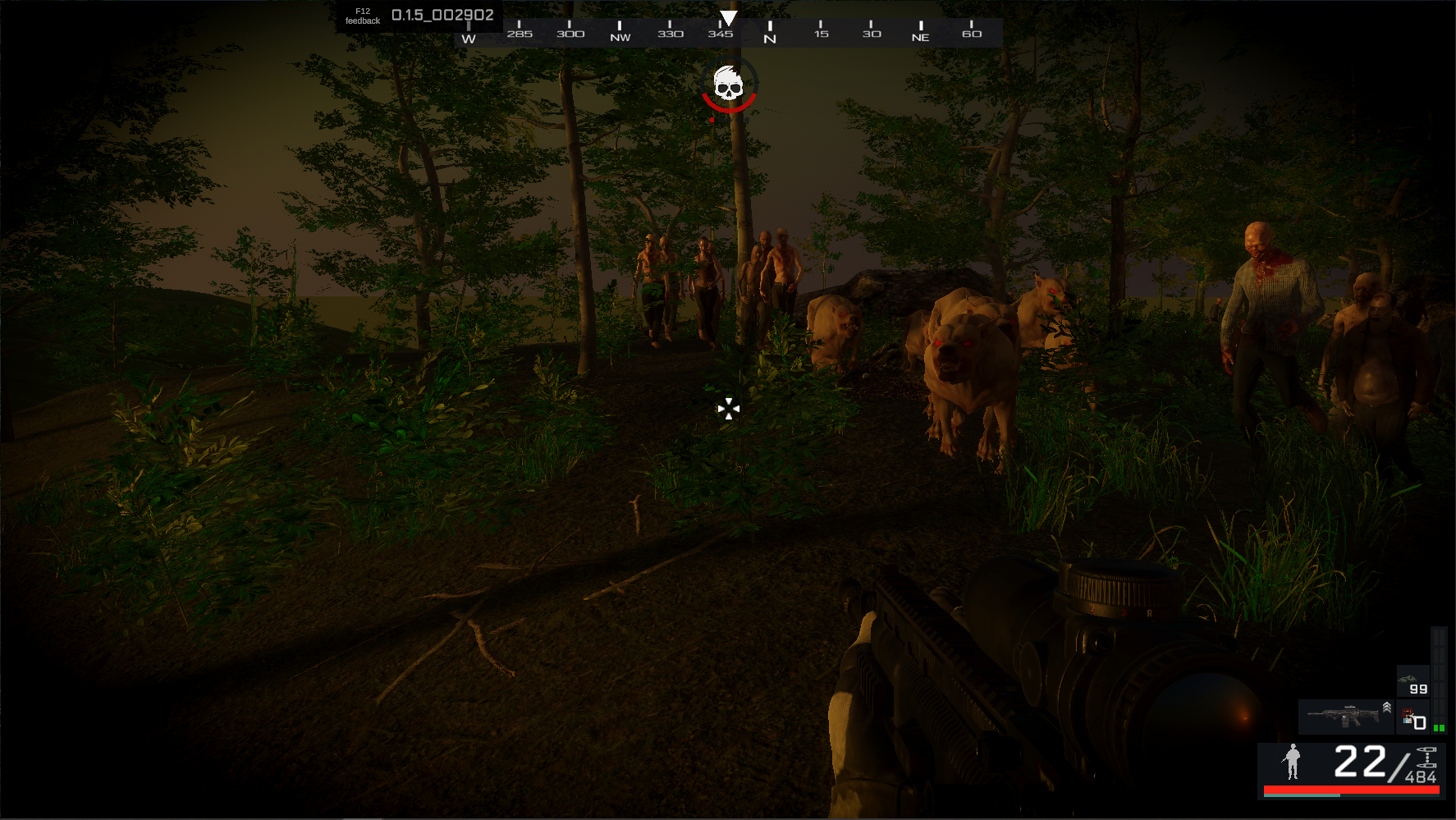 Visual improvements And the Flashlight

We are working hard but the list is big and full of tasks that we need to develop and also integrate, and that is what we are doing. Our first step is to sync a full day system into the battle, including the fog, which is an important atmospheric element in any "dark" game. Now the amount of lights during the differents moments of the day will be more consistent and you may see clouds and an improved sky! This will bring darker nights, but don't be afraid of it, we have added a nice flashlight. Right now it's just the basic one, but it will be very improved in the near future,  including batteries, night vision and a lot of elements to play with your zombie friends in dark nights.

In our effort to make the game more accesible to a wider range of computers we are working on adding some graphics quality settings, We know it may look less pretty, but you the thing is that you will be able to play the game and enjoy the experience with nice fps!

Education and developing the intelligence is key to success and zombies think like us, so we have improved their intelligence, the way they move and what they do. Now they will sprint and will disaggregate a bit in order to take advantage of their bigger numbers! (Sadly, learning new skills could be frustrating, so don't get surprised if you see a zombie yelling to the air, just point it as a bug!).

Visual improvements on compass and info to find the extraction point. 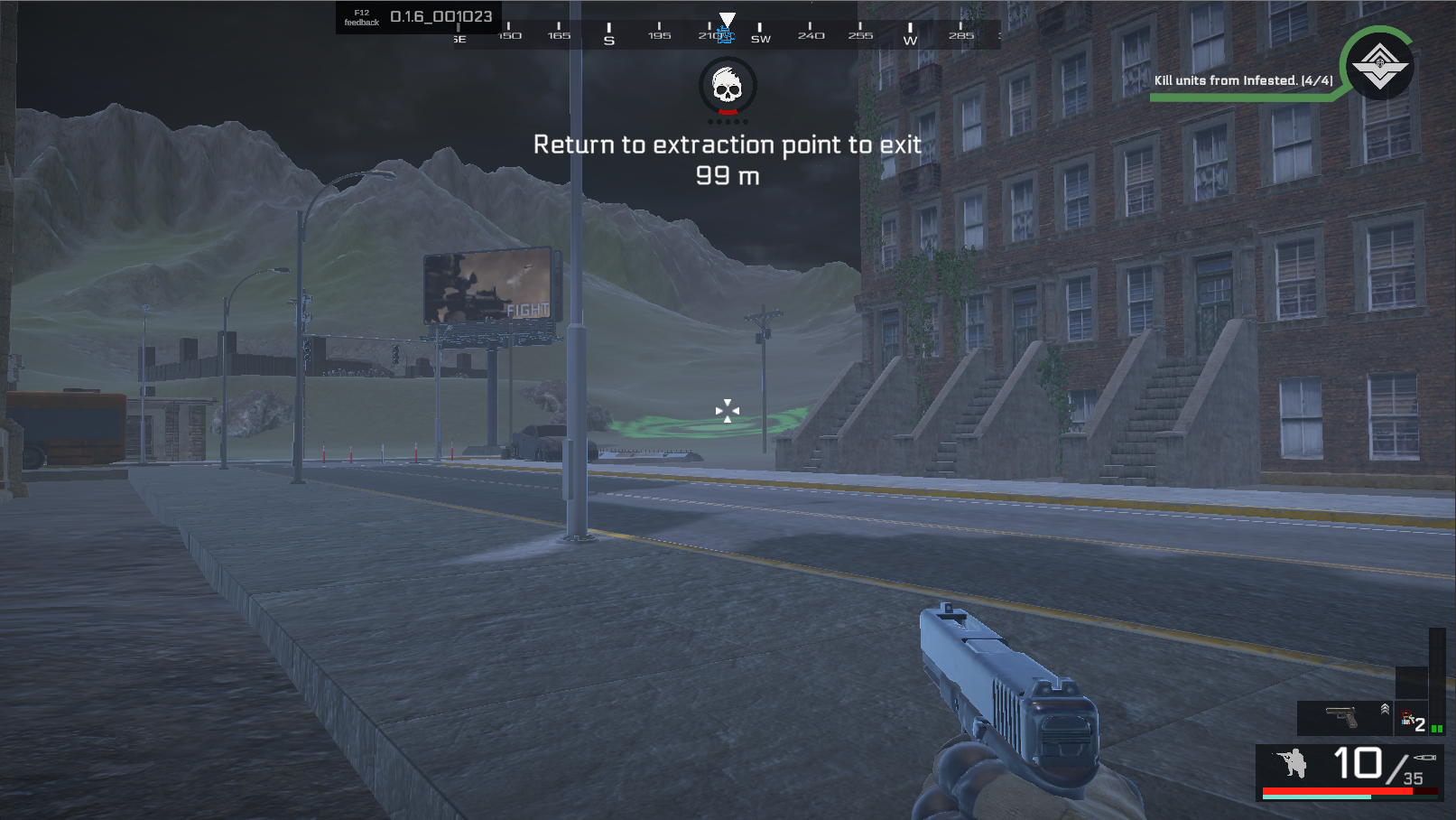 Sometimes it was very hard to see the objetives while battling. To solve this, we have added more info in the UI and a some feedback in the compass so you we will see without any problem.

The sounds are the main base for a nice immersion. Better sounds makes better gameplay feelings. And that's why we've improved the acoustic part of the game with better sfxs and ambiance sounds!

Add FallNation to your Steam Wishlist

You can now add FallNation to your Steam Wishlist:

Join the ARF Initiative on Discord

Don't forget to join us in our Official Discord Server!