Devlog | How to improve an indie game in STRANGE times

It all started with the infection, and now you are part of the solution. Dear agent, we demand your attention to this exciting new FallNation devlog full of improvements, bugs fixed and some other points you will find very interesting. Note that the new Patch is here and you must download it in order to upgrade your expectations.

Now it's your turn! Download FallNation Prototype through itch.io or Gamejolt! Feel free to join our special Community and bring us your feedback and suggestions. It's the best way to ensure the best quality in the development!

Our Gratitude to all of you

Firstly  we want to express our deeply gratitude to all the people that help us comming so far, since our first release, Project BlockChainz and now Fallnation.  And whathever depares all of us in the future!  We will surely reward you loyalty and efforts (actually, we're woking out ways to do it!) and for any upcoming agent we are an open family and will gladly welcome you! We understand that making games is more than just making a nice game. It's about creating connections and delivering experiences so any player will enjoy the game on its way. It's about making this world a much funnier place (and in the way a better place too). So thanks for lettings us being in the fight to achieve these spectacular goals!

Please stay safe you and your relatives

We know that we are just video game makers but in these dark times we need to fight together and take care of our loves, so please stay together safe, We will get through the virus, this common enemy, and remain stronger. Our duty as game developers will be to bring us some fun while stay home!

We added a domination alternative to the clusters around the map, so you can attack the clusters and gain the control over them This will allow you to gain the control of the map. You will need to make sure that they are not overrun by enemies and keep them in safe. In future releases we want to improve the battle against humans and introduce some siege mechanics  to conquer and defend clusters in order to make it more interesting. Also we want to add more winning conditions related to the hegemony and some faction related quests. 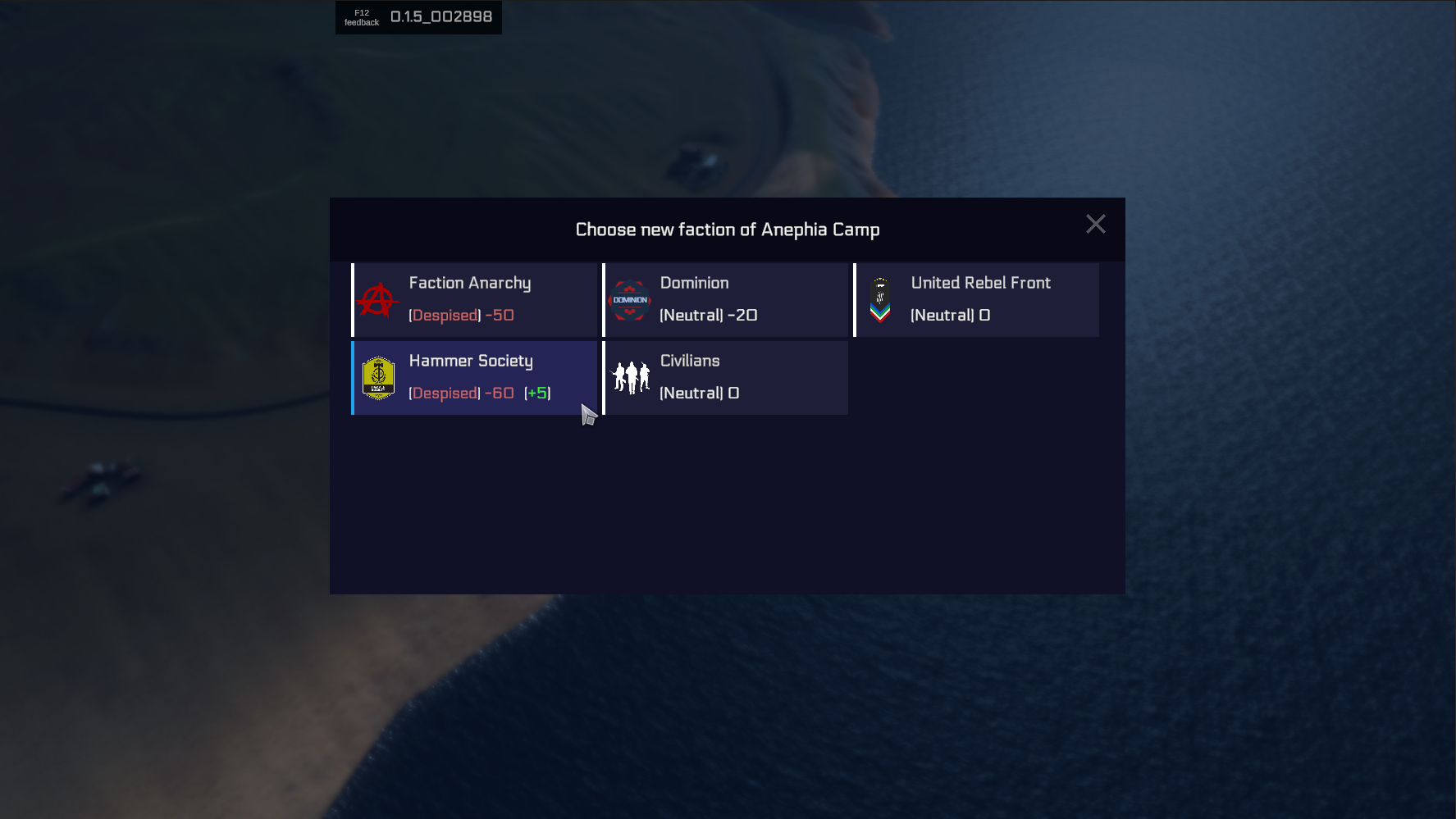 When you conquer a settlement you need to work on the management or you will loose it. To manage the settlements we added new basic mechanincs: the first one is the taxes, which will allow you to collect taxes. But be wary of the taxes: this can make the population unhappy. The second mechanic is the garrison. In order to defend the cluster you need to allocate soldiers in there. Also you can upgrade these clusters so they produce more taxes. In future releases we will improve this management to introduce settlement improvements, special events, more quests, talk with the citizen and... who knows! Depending on your feedback we will decide to go further with this cluster interaction.

It's still not our intention to introduce you a richer RPG mechanic in the game (we'll discuss more about it in future devlogs), but we did a huge effort to make the campaign map more likely to be explored, so now you'll have better reasons to not stay in small areas. These missions will request you to do two tasks:  deliver a message to a remote location and enforce you to find a enemy army and hunt it down.

Note: We tag this one as experimental because it can be a game changer and we aren't sure if it will be done for a better gameplay or not, so it may be removed in futures releases if we see it does not work as expected.

The idea is that you may control the movement on your unit with the RTT view so you can focus on the tactics any time you need We do this to avoid the frustrating experience when you close/open the RTT panel to move away from enemies. As you can see this mechanic is another cool way to make our game much more like a RTS than a FPS, but we are confident that there will be a nice ballance between both of them. The RTT will provide a nice tactics approach and the FPS will allow you to be that supersoldier we all now you've got within.

Moving the player in RTT View

Sometimes a weird bug happens and you are unable to win or loose the battle. We do know this is very frustrating and so to solve this, after 10 minutes battling, you will be able to leave the battle without looting. Obviously we don't want this mechanic to became  into something important for the core game, but just because this is an early prototype we believe it will be a nice feature.

We have polished how the RPG stats affects the gameplay so every stat affect to something meaningful in the game. Also we are working on including dozens of new interactions and we will add the skills that will affect much more specific elements of the game, for example the tactics skills will increase movement speed on the RTT or the Tax collector skill will increase the amount of gold gained through taxes.

At the moment this is what the RPG stats affects:

In our mission to make a better and more polished experience we have solved dozens of bugs and some of them pretty serious like crashes (this one we even launch a hotfix just for it). But we really need to insist that we need your feedback and suggestions to identify and fix all the possible bugs you may find. Don't forget we apprecite your efforts and we are working out to find nice ways to reward you!

We have literally a list of hundreds of elements to improve and we surely keep work on them. The problem is to choose which are the most interesting right now. For example for future releases we will work more on the zombies amount, perception and variation, but also we want to improve the soldiers AI, the visual, the sounds, the gameplay... and of course something we really really want to develop is... the adventure!

Right now our plan is to provide a nice singleplayer experience were you can fight against hordes of zombies, filthy humans and some other unknown hazards.

But all of this is the setting stage phase because we want to make an awesome "adventure motor" over the campaign map and the battlefield so entering a battle is not just a go and kill every living (non vegetal) thing in the map. We really want to go further and let you explore, make your own decisions, learn and interact with the environment. Once again, this adventure motor will surely need your help so we will nail it. But first we need to set a great experience basis and that is what we aim to do in this prototype! 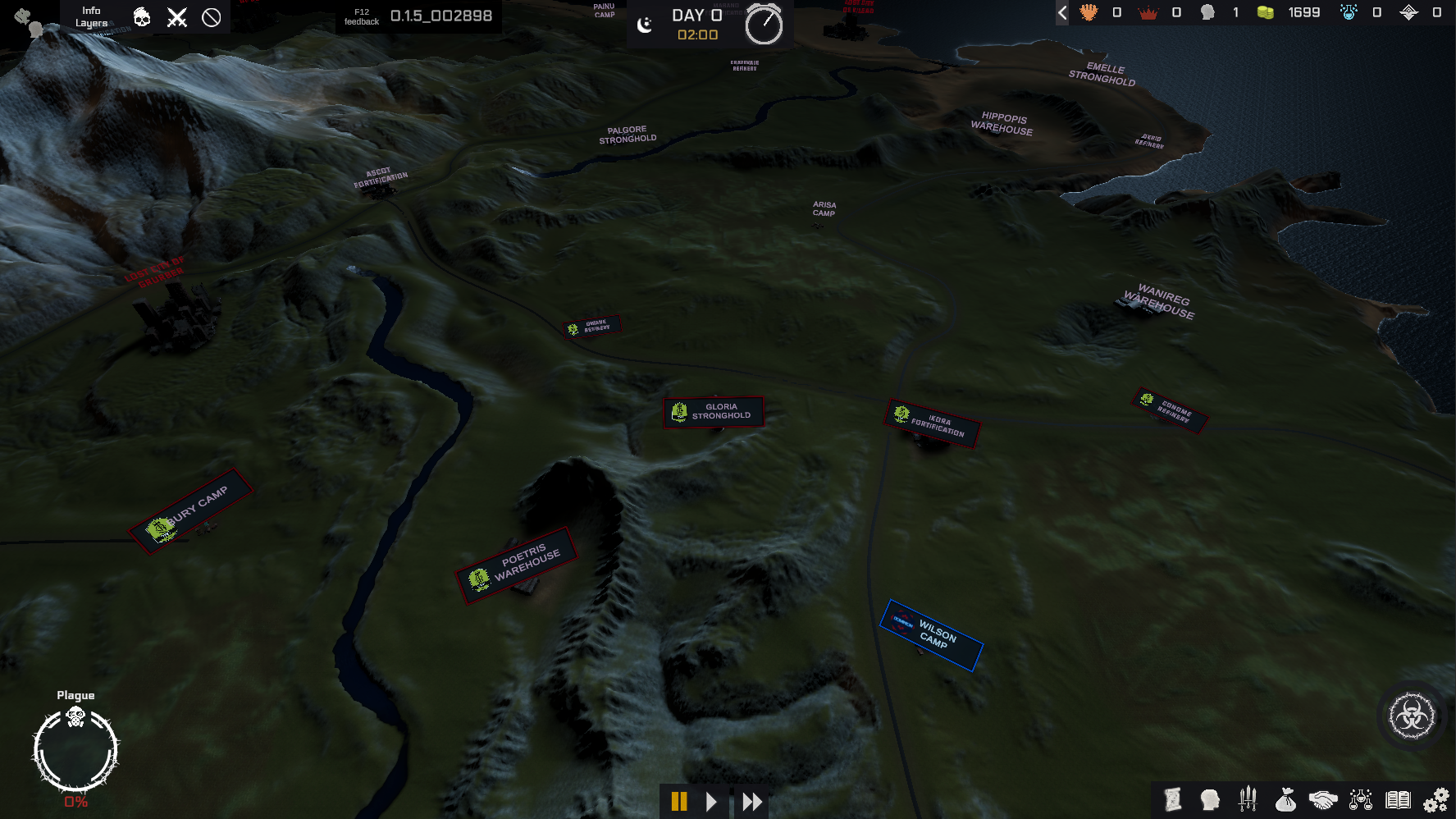 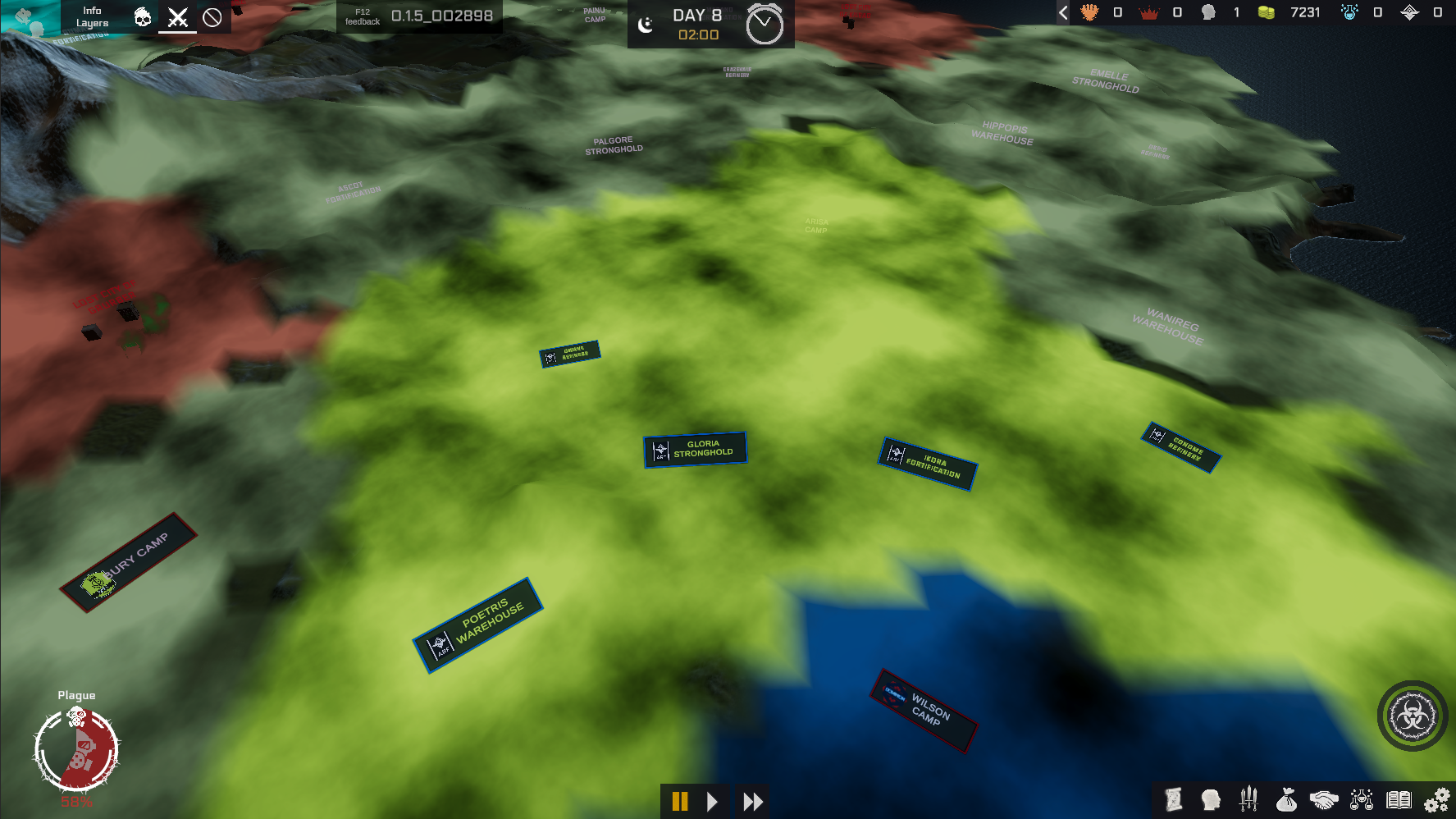 The world is falling in pieces. Toxic pieces everywhere. Blood, like a summer storm that explodes in just minutes, flooding every corner of the island. The moans of pain and suffocation flowing from inside the citties to the roof tops. Death, dead bodies everywhere. Dead craming in the doors of the dbuildings. Dead raising their decrepit bodies and walking again through the settlements. The eyes of the dead, covered ina  bloody red stain, looking at the void and at the same time the void looking at the few survivors.

Please, let us present you a terrifying mission: The Battle of the Morgue. A short gameplay video to enjoy and see how a good strategy gives you a victory.

One of the main purposes for a patch is to fix as much bugs as possible. So please find attached in the list below the many things we have fixed the past two weeks: